For this Supra MKV build, these wheels are sized 19×9.5 in the front and 19×11 in the rear. In addition, they are finished in Satin Black – a great color combo with the second-rendition of the Renaissance Red exterior.

Today, we have a gorgeous Renaissance Red 2.0 Toyota Supra MKV featuring a set of ADV5.0 FLOWSpec wheels in a clean Satin Black finish. In the last two years, a lot was said a bout the new Supra. Both good and bad. And in the end, the new model from the Japanese car maker is actually one of the best driver’s cars you can buy today, featuring impressive handling and performance.

Under the hood of the new-generation Toyota Supra lies the same 3.0 liter turbocharged inline-six engine found in the European BMW Z4 M40i. The engine delivers 335 horsepower and 365 lb-ft of torque, just like the Euro-spec BMW Z4 (even though the Supra comes with 4 lb-ft of torque less). in turn, it promises impressive performance driving dynamics. Sure, we’d all expected more, but this engine is a tuning-happy engine, where performance modifications are done with ease. As a result, we expect at least 500+ horsepower tuned builds to become the norm rather soon, with over 900 horsepower a reachable goal for some tuners. The Toyota A90 Supra will – just like its predecessors – sends all of its power to the rear wheels. This is done through a standard limited-slip rear differential – the same found in the Z4 M40i. It allows it to lock between 0-100 percent in a blink, thus allowing the new Supra to be a blast to chuck through a corner. Furthermore, Supra comes with two driving modes to play with; Normal and Sport. This is a refreshing decision in a world where every performance machine seemingly comes with about a trillion different drive-mode combinations – most of which we set up once and then forget about it. In addition, as the braking power goes, the new Supra can be tamed down from speed thanks to four-pot Brembos at each corner.

ADV5.0 FLOWSpec Wheels – a perfect addition to this high-performance machine

While this Renaissance Red 2.0 Toyota Supra MKV doesn’t come with any performance modifications yet, it’s modified with a set of our recently revealed ADV.1 FLOWSpec wheels. Namely, a set of ADV5.0 FLOWSpec wheels are installed on this vehicle. For this build, these wheels are sized 19×9.5 in the front and 19×11 in the rear. In addition, they are finished in Satin Black – a great color combo with the second-rendition of the Renaissance Red exterior.

You can order these wheels from our online store right now. However, if you’re unsure of the fitment requirements for your vehicle, have potential questions regarding brake clearance or other, please contact us prior to ordering. Our sales team will gladly assist you in choosing the best set of wheels for your vehicle. Meanwhile, grab a detailed look at this Phantom Gray Toyota A90 Supra with ADV5.0 FLOWSpec wheels right below. 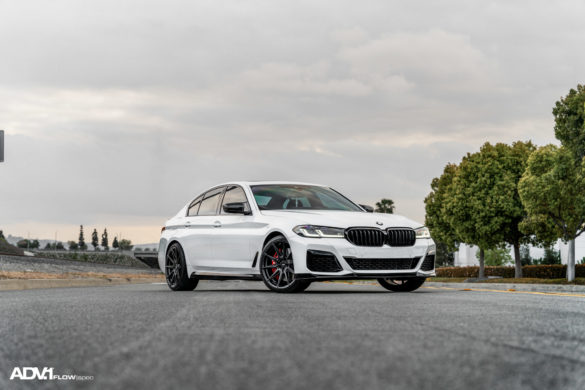 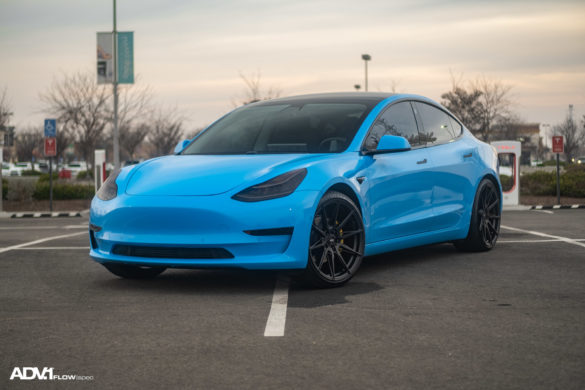 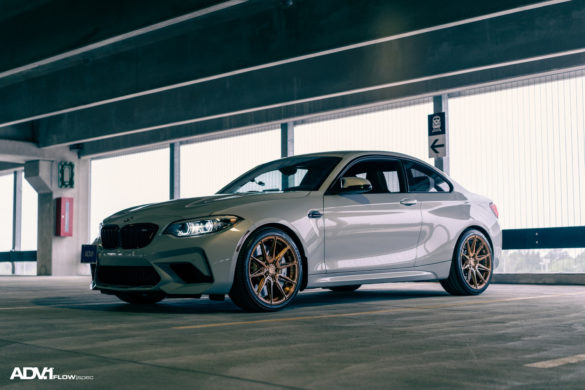 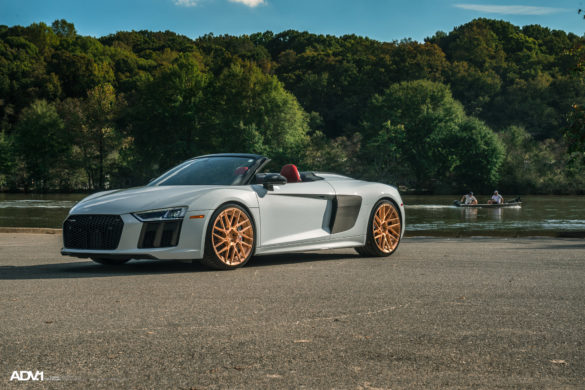